The Rainbow Conservation Corporation is pleased to announce the completed installation of two 10 Kilowatt Bergey wind turbines in Washoe Valley. These are the first large residential wind machines installed locally. The self supporting lattice towers are mounted on concrete footings specifically engineered to accommodate the tower heights. The 80 and 100 ft towers were installed by local contractors Peak Construction and Hettrick Electric with the project managed by the Solar Store—true to the “GREEN PHILOSOPHY OF BUYING AND USING LOCAL TALENT”. 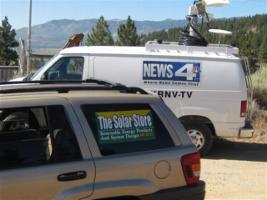 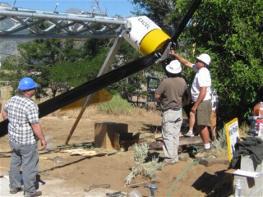 Washoe Valley is a prime location for the utilization of wind energy as is other areas in Northern Nevada such as Carson Valley, Silver Springs, and Spanish Springs and Smith Valley. Taking advantage of the current NV Energy rebates and federal tax credits, the Return on Investment is less than 7 years. If one considers the rising costs of energy the payback period could be significantly less. 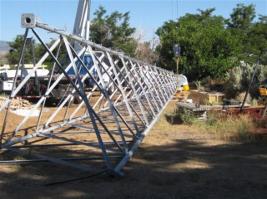 Current ordinances in place provide a challenge for the homeowner as they are now quite restrictive due to the lack of fully understanding the technology and site conditions that are needed for successful wind production. 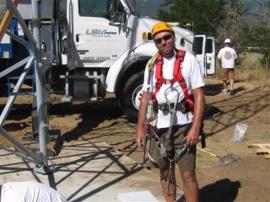 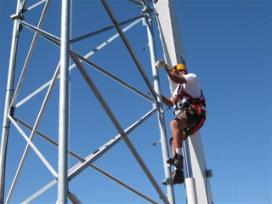 These larger Bergey wind turbines are so quiet it is difficult to distinguish them from the noise created by ambient wind. Frequently the larger 10 KW machines are quieter than their smaller brothers of the 2.5 KW variety. 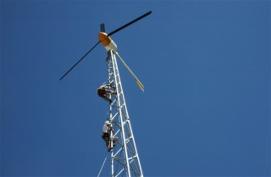 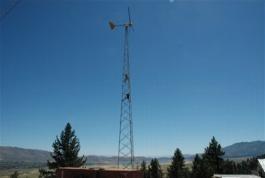 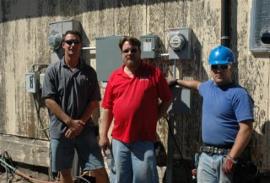 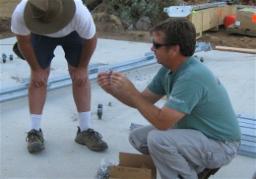 The Rainbow Conservation Corp dba the Solar Store was pleased to have Bergey Wind Power’s Master Windsmith, Mr. Pieter Huebner on site to implement contractor training at both locations. Mr. Huebner has overseen more than 400 installations of these towers around the globe in his 27 years with Bergey Wind Power. The towers are made in the US of A and the parts are 90% American made and assembled in Oklahoma.